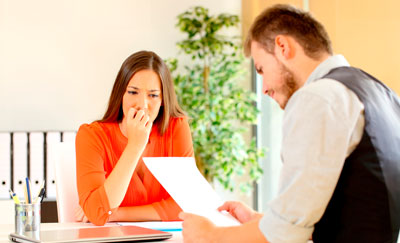 You should always be aware of wrongful termination laws. Firing someone for the wrong reason could lead to a legal problem.

Most employees in the United States are “at-will” employees. What this means is that you can fire these employees at any time and for any reason, as long as the reason is not discriminatory, repressive, or illegal.

There are state and federal laws that prohibit employers from firing employees for certain reasons. These wrongful termination laws will apply whether the employee is working under an employment contract.

Under federal law, it is illegal for employers to fire an employee on the basis of race, sex, national origin, disability, religion, or age (as long as the employee is at least 40 years old). In addition to these “protected classes,” federal law also prohibits employers from firing an employee because she is pregnant or has a medical condition related to her pregnancy or childbirth.

For example, some states also include sexual orientation on this list of protected classes. An employer in such a state would be prohibited from firing an employee simply because they are gay or lesbian. Also, some states write their wrongful termination laws in such a way that they cover a broader employer ranger than federal laws.

Generally speaking, it is illegal for an employer to fire an employee for asserting their rights under federal or state anti-discrimination laws. Employees have been known to build successful claims of retaliation even when the underlying discrimination claim does not work in their favor. For example, if you fired an employee for complaining that they did not receive the same salary as men in similar positions, you may end up losing a retaliatory lawsuit, even if you end up showing that their pay schedules were not discriminatory on the basis of gender.

Under the Federal Employee Polygraph Protection Act, employers cannot fire employees on the basis that they refused to take a lie detector test. In addition to this federal law, many states also have laws that prohibit employers from firing their employees because they refused a polygraph test.

Under the Federal Immigration Reform and Control Act, employers are prohibited from firing employees because of their alien status. As long as the employee is legally eligible for employment within the United States, an employer cannot fire that employee solely on the basis of his or her alien status.

Under the federal Occupational Safety and Health Act (OSHA), employers are prohibited from firing employees because they file complaints about OSHA violations by the employer. These complaints are often made about an employer who does not comply with state or federal health and safety regulations.

There are a number of states that have laws that prohibit employers from firing employees when terminations violate public policy. In other words, these laws prevent employers from firing their employees for reasons that the public would find morally reprehensible or ethically wrong. These laws are often difficult for employers to follow, as morals and ethics are subjective and will vary from state to state. It is not uncommon for some state laws to differ from the laws of other states.

However, despite this subjectivity, there are some common themes found in the laws of many states. Many states agree that the following would violate public policy:

Even the most careful employer who follows all of the guidelines set forth above may feel uncomfortable about wrongful termination laws. Many employers fear that a former employee will return to an attorney and file a lawsuit for wrongful termination. One way to alleviate these fears is for all outgoing employees to sign a “release” in which the employee agrees not to sue the employer in exchange for some benefit (such as a severance package).

Get legal help to defend against a wrongful termination case

Defending yourself against a wrongful termination claim is never at the top of an employer’s list. The time and energy invested in fighting a lawsuit can detract from your most important goal: running your business. For this reason, it is a good idea to contact an experienced employment law attorney if a former employee has filed a wrongful termination case against your company.