What is Medicaid in the United States?

Medicaid is a U.S. Government health insurance program for people in need. U.S. President Lyndon B. Johnson established Medicaid, a part of the Social Security Act.1 Medicaid and the Children’s Health Insurance Program (CHIP) serve more than 31 million children. A national health care program for low-income individuals and families governed jointly by the states and the federal government.

What is Medicare in the United States?

Medicare is a social security coverage program administered by the U.S. government, which provides health care to all people 65 years of age or older who are considered disabled due to serious health problems, such as cancer, kidney failure with need for dialysis, etc. The program also funds training programs for physicians residing in the United States. Medicare operates as an insurance for individuals. A national health insurance program for people over 65 or under 65 with qualifying disabilities. 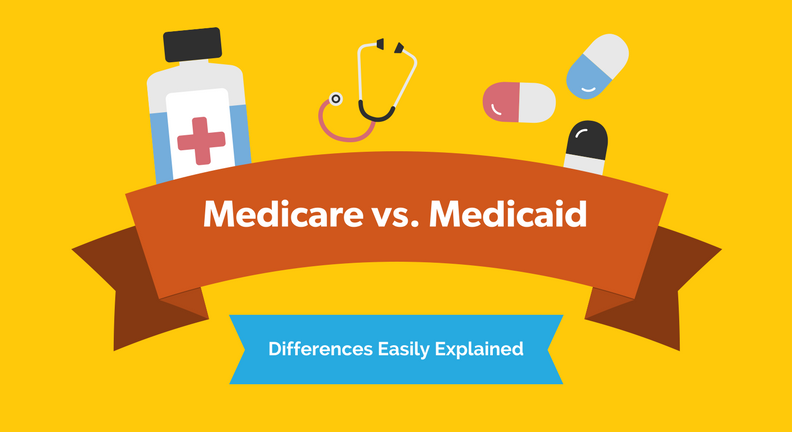 When looking at care options for older people, many people have questions about how Medicare and Medicaid are involved, and what the main differences are. Here’s a quick snapshot of how the two differ in hopes of clearing up some of the confusion surrounding this issue.

What is Medicare? What does Medicare cover?

What is Medicaid? What does Medicaid cover? 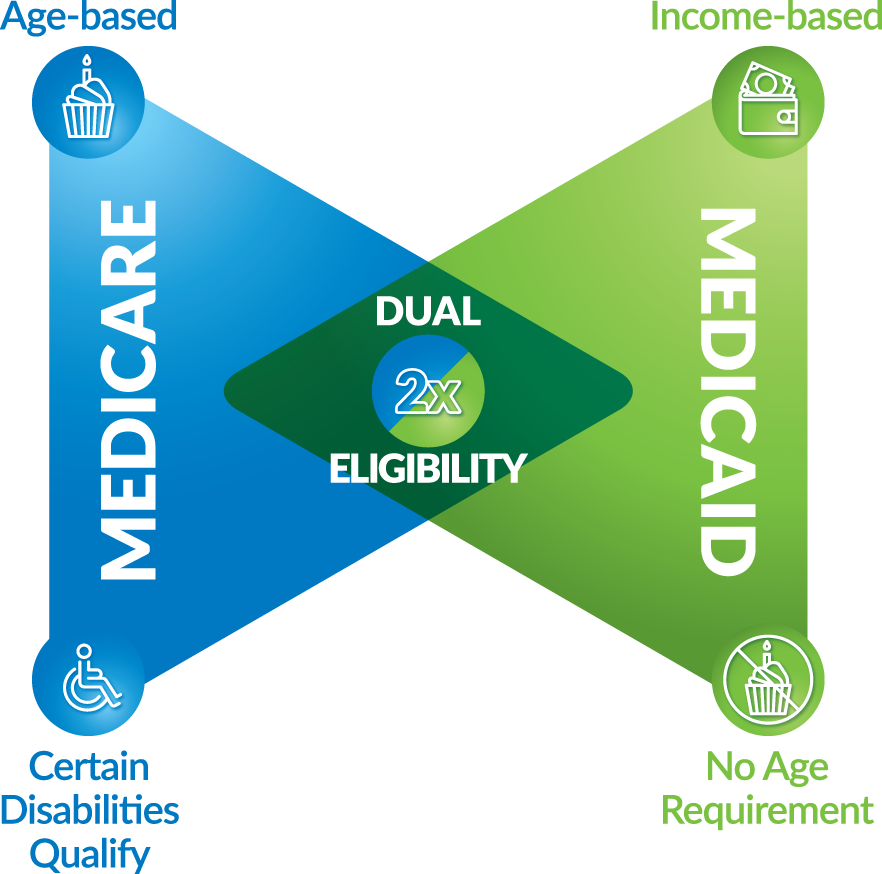 The Basics of Medicare

Anyone over 65 who has worked and paid into Medicare for at least ten years is eligible for Part A (hospitalization – inpatient).
Any person who receives Social Security disability payments for at least 24 months (SSDI).
People with End Stage Renal Disease (ESRD).
People with ALS/Lou Gehrig’s disease (amyotrophic lateral sclerosis).
Any person receiving a Disability Pension from the Railway Retirement Board (RRB)

Benefits
Medicare benefits do not vary. They are the same for everyone

What does it cost you?

The Basics of Medicaid

No income individuals or families
Low-income individuals or families
Pregnant women
People with disabilities regardless of age.
People who need long-term care.
All of these groups had to pass a means test to be eligible. After the passage of the Affordable Care Act, states were allowed to make their financial means equal to 138% of the federal poverty level. States were allowed to opt out and almost half did so. In those states, you must be on the FPL or less.

What does it cost you?

This also varies from state to state. Some states charge high deductibles, while other states do not charge a deductible at all. This again could be linked to a means test. There are many service providers that will not provide services for Medicaid payment. Those with Medicaid have fewer provider choices than those with Medicare.