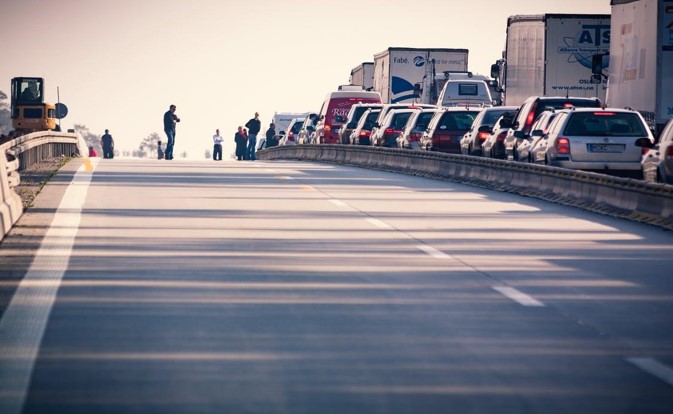 The current pandemic has affected many aspects of everyday life since early 2020. From jobs to social gatherings to everyday home life, most people have changed the way they live in pretty dramatic ways. Here’s something nobody expected to change, though: the number of car crash fatalities. Statistics from across the country show that people seem to be driving more recklessly, so even though there have been less people on the roads, the number of crashes, injuries, and fatalities has gone up. If you look at the statistics for Florida specifically, you can clearly see the fatalities increase in the years since the COVID-19 pandemic arrived.

Since many of these accidents involve reckless or impaired driving, a lot of people end up contacting an car accident attorney to see if they’re entitled to a settlement – which plenty of them are. That might help to address the damage after it’s been done, but is it possible to reduce the risk of car crashes in the first place? Hopefully it is, but in order to find the solution, it’s necessary to understand the problem first. With that in mind, let’s explore what’s been going on with car crash rates in Florida.

Statistics on car crashes in Florida

It’s time to dive straight into the deep end. Comparing statistics from 2018 to 2021, there’s a marked rise in fatal crashes not only in 2020, but also in 2021, which was the first full calendar year of the pandemic. In an odd twist, the total number of crashes didn’t see the same level of increase, which seems to indicate that drivers were simply using less caution.

Comparing all crashes (fatal and otherwise) in Florida, we see that there were:

Looking at fatalities from these car crashes, the view is considerably worse:

Injuries from crashes, on the other hand, stayed pretty static except for a drop in 2020:

Here’s how the problem has developed so far

It’s been estimated that the total miles driven in 2020 fell by more than 13%, and it’s likely that 2021 saw a similar trend. Common sense would suggest that car crashes, injuries, and fatalities would also shrink – but not all of them did. With all the attention going to COVID-related deaths, a lot of people had no idea that driving their vehicles was steadily becoming more dangerous.

Whether you look at statistics for rural or urban areas, the story is much the same. Highways or back roads, night or day, weekday or weekend, you see the same pattern. The issue even involves most age groups, from 16 to 65.

Confronted by such a confusing problem, researchers are having a hard time pinpointing a particular factor – but there are a few that are probably involved somehow. In particular, they’re seeing increasing numbers of deadly car crashes that involve alcohol or drug use, failure to use a seatbelt, or speeding. This really isn’t a surprise though; after all, this is how most accidents are caused anyway, pandemic or not. What about the reason why more people than ever are driving under the influence or neglecting personal safety?

The connections between the pandemic, reckless driving, and just not caring anymore

When the statistics for 2020 were first revealed, it was theorized that people were just using the open roads as an outlet for stress relief. Given the fact that their normal options for relaxation, enjoyment, and socialization were suddenly gone, all that pent-up frustration had to go somewhere, right?

Looking a bit deeper at the details, however, you can see that this was caused by more than stress-speeding down Florida’s roadways. Based on the fact that drugs and alcohol were often involved, and that seatbelts often weren’t, this points to an issue that’s more deep-seated than stress. It would seem that many people simply gave up on trying to make things go well for themselves. Someone might think “what difference will another beer make when I could catch a deadly virus the next time I go to the grocery store?”. This might not make sense to someone who isn’t dealing with overwhelming life changes, but a combination of stress and despair will often do funny things to people’s sense of logic.

According to some experts, a major contributing factor is the fact that millions of people were suddenly chafing against restrictions that severely limited their daily lives. For some, reckless driving could simply be a manifestation of rebellion against rules and limitations. They might unconsciously decide that even if they can’t see friends and family whenever they want, at least nobody can force them to behave on the road. While this is less definite than actual statistics, it certainly makes sense from a psychological standpoint.

Have other pandemic-era trends contributed to car crash fatalities in Florida?

While it’s tricky to establish a quantifiable connection between other trends, there’s little doubt that factors like alcohol and drug use have influenced the car crash rates of the last couple of years. Alcohol sales soared once the lockdowns started, and experts are saying that we’ve entered a fourth wave of the opioid epidemic – there have been record-setting overdose rates since the start of the pandemic.

Another trend has been the overall decline in civility. It could be that desperation over their general circumstances has led people to care less about bad situations that others might be in – even if those situations might have been caused by them.

At this point, there isn’t really any clear solution besides spreading awareness of the problem. If people know that they might be contributing to an increase in reckless driving and risk of fatal crashes, they might start exercising more responsibility when they get behind the wheel.