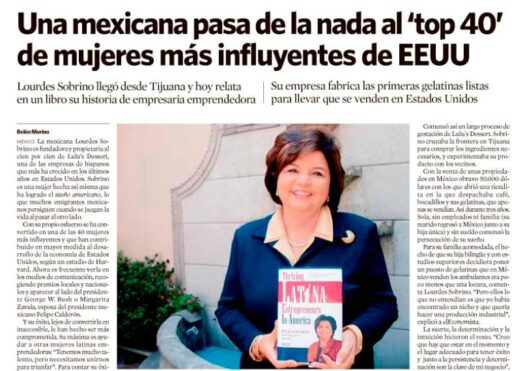 His SUCCESS as Sweet as your Products.

How it all started:

After several unsuccessful businesses in his native Mexico and in the United States, in 1982 he came up with the idea of ​​selling ready-to-eat gelatins, an idea that arose after searching for this product in stores for his own consumption. At that time, it came to the conclusion that this category of products did not exist in the US market, something that is very common in Mexico, however. 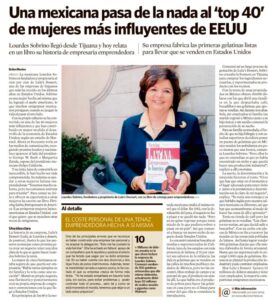 Although he had discovered a niche in the market, he still had many challenges to overcome. His beginnings were very modest, he traveled to Mexico to buy the necessary ingredients and molds with a family recipe in hand, he began to manually make 300 glasses of fruit-flavored gelatin daily. Finding his first customers was the next step, after several attempts, with the obstacles that pioneers always encounter and at the same time with the advantage of having a new product in their hands, he finally found a small business that allowed him to leave his Jellies on consignment, at the end of the day he found a message on his phone that said Ma’am, come back, your jellies have been sold and I need you to bring us more. That was the beginning for Lulu´s Dessert.

The road to success was not easy at all, without knowledge about the food industry, and without a large capital he needed a lot of desire to improve, perseverance and a desire to learn and succeed. He suffered ups and downs, moments of happiness and others not so much, but his desire to get ahead was stronger.

Currently with a wide variety of desserts, another company under his belt Francy fruitthat sells frozen desserts made with fresh ingredients, its products being distributed in chains such as Wal-Mart and Costco, in addition to international markets, Lulu´s Dessert is one of the fastest growing Latino companies in the United States, a leader in the ready-to-eat desserts category, and with annual sales of $ 10 Million dollars.

María de Lourdes Sobrino, has received several recognitions and her story has been covered by “The Wall Street Journal”, “USA Today”, “Entrepreneur Magazine” among others.