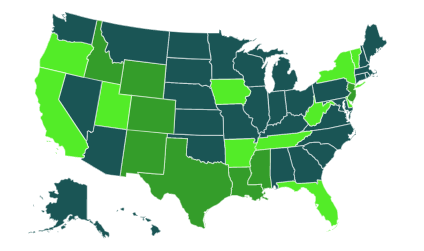 What is the Florida Age of Consent?

The Florida Age of Consent is 18 years old. In the United States, the age of consent is the minimum age at which an individual is considered legally old enough to consent to participation in sexual activity. Individuals aged 17 or younger in Florida are not legally able to consent to sexual activity, and such activity may result in prosecution for statutory rape.

Florida has a close-in-age exemption. A close in age exemption, also known as “Romeo and Juliet law”, is designed to prevent the prosecution of underage couples who engage in consensual sex when both participants are significantly close in age to each other, and one or both are below the age of consent.

Depending on the situation, the Florida close-in-age exemption may completely exempt qualifying close-in-age couples from the age of consent law, or merely provide a legal defence that can be used in the event of prosecution.

Age of Consent across the United States

The Age of Consent ranges state-by-state from 16 to 18 years old across the United States. Click the map to view any state’s age of consent laws.

Punishments for Violating the Age Of Consent in Florida

The severity of the criminal charge (felony, misdemeanor, etc) depends on the specifics of the acts committed and the relative ages of the perpetrator and victim. Click any charge for more detailed information.

Ages of consent in the United States

In the United States, age of consent laws regarding sexual activity are made at the state level. There are several federal statutes related to the protection of minors from sexual predators, but the laws regarding specific age requirements for sexual consent are left to individual states, the District of Columbia, and the territories. Depending on the jurisdiction, the legal age of consent is between 16 and 18.

History of Age of consent in florida

Historically, age of consent laws were only applied when a woman was younger than her male partner. By 2015, the ages of consent became gender-symmetrical. Until the late 20th century, many states had provisions that required the adolescent to be of a previous “chaste character” for sexual conduct to be considered criminal. In 1998, Mississippi became the last state to remove this provision from its code.
The laws were designed to prosecute people who were much older than the victims rather than near-aged teens; therefore, prosecutors rarely prosecuted teens in relationships with other teens even though the wording of the laws made some near-aged teen relationships illegal. After Landry and Forrest’s 1995 study concluded that males in their 20s accounted for half of all teenage pregnancies among girls aged 15-17, states began to enforce age of consent laws more strictly to combat teen pregnancy in addition to preventing adults from taking advantage of minors.

There was a backlash from the public when some teens involved in close relationships received punishments that the public considered disproportionate, and therefore age difference provisions were put in place to reduce or eliminate penalties if the two parties are close. years. Brittany Logino Smith and Glen A. Kercher of the Sam Houston State University Criminal Justice Center wrote that these laws are often referred to as “Romeo and Juliet laws,” although they defined Romeo and Juliet as only an affirmative defense. against prosecution. Previously, some of these statutes only applied to heterosexual sex, leaving homosexual sex in the same age range open to prosecution.

On June 26, 2003, both heterosexual and homosexual sodomy became legal (non-commercial between consenting adults, in a private room) in all states of the United States, the District of Columbia, and the territories, by virtue of the U.S. Supreme Court decision Lawrence v. Texas, . In State v. Limon (2005), the Kansas Supreme Court used Lawrence as a precedent to overturn the state’s “Romeo and Juliet” law, which prescribed lesser penalties for heterosexual than homosexual acts of similar age for consent offenses.

Since 2005, states have begun enacting the Jessica Act statutes, which provide for lengthy sentences (often a mandatory minimum sentence of 25 years in prison and electronic monitoring for life) for the most serious forms of child sexual abuse (usually of a child under 12). In 2008, in Kennedy v. Louisiana , the United States Supreme Court ruled that the death penalty for rape of a child was unconstitutional.